Agents of Mayhem is a open-world action game from Volition, the creators of the Saints Row and Red Faction series.  Players can control over 15 characters called Agents, each with unique abilities and play-styles, to freely traverse and engage in combat in the near future city of Seoul.  Agents of Mayhem was released in August 2017.

I joined Volition toward the end of the project, and was responsible for testing character progression.  This entailed making sure all character abilities and upgrades were working as intended, and writing detailed bug reports if issues were found.  Toward the end of development my focus shifted to testing core gameplay and the game’s critical path.

Anomaly 1729 is a 3D puzzle adventure game, where players must rotate rooms in order to progress through an abstract and alien world. Anomaly 1729 was released in December 2015 and is currently available on Steam.

The game was developed in Unreal Engine 4, with no plug-ins or Marketplace content used.  All assets and systems were developed by Anvil Drop.  I was the Director on the project.  I was responsible for guiding the mechanics design, world design, and puzzle design.  I also oversaw the game’s music, sound effects, art, animation, and narrative. 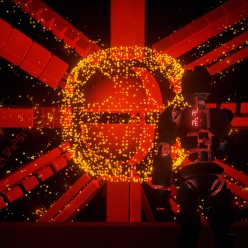 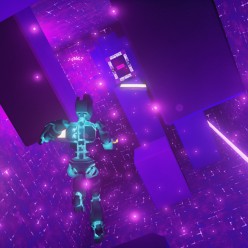 I’m one of three founders of Anvil Drop, a small independent gaming studio.  Anvil Drop was founded in 2013.  Since then we’ve released Anomaly 1729 on Steam, in December 2015, which has a current 94% positive user rating.  We’ve also recently started making smaller, pick up and play, games that are used in expos and corporate events.

I’m the Design Director at Anvil Drop.  I’m responsible for guiding and holding the vision for all of the projects that we work on.  I work with any artists, animators, or sound designers that we may bring onto a project and help them to create polished assets that support the theme of the project.  I also design and implement a lot of our games’ systems and level designs.

Anvil Drop was founded with the goal of finishing C3, which was a school project that eventually became Anomaly 1729.  We took that project to completion, and along the way the goal of Anvil Drop changed.  The goal now is to make games that we want to play and that no one else is making.  We’re not interested in following the crowd, or the current trend in the gaming industry.  We want to take the side road, go into the dark, and see what we can find.

I also from time to time work on smaller projects, prototypes, and participate in game jams.  Below is a sampling of some of those projects.